​
Bob Mionske, former Olympic and professional cyclist, is now a lawyer specializing in the field of bicycle law and road rights.  Visit his site at BicycleLaw.com.

Frederick County Maryland has many beautiful and low trafficked roads excellent for bicycling. It has bucolic farmlands and mountain vistas. Nevertheless, while riding there, I was struck from behind by a hit-and-run driver who left me lying by the side of the road with severe injuries. I was hospitalized for 10 days, my right arm was paralyzed (but still recovering), and my life was changed forever. That is not why I am writing this.

The reason I am writing this is to provide an awareness to all cyclists of the, hopefully, unconscious prejudices they may face in searching for justice. The Frederick County Sheriff’s office failed to take my bicycle into evidence. They failed to interview me. They refused to cooperate with a private investigator we hired to investigate the case. They would not participate in the reward campaign we started for the arrest and conviction of the driver. They attempted, based solely on their initial report, to downplay the felony as a misdemeanor. They subjected me to an hour-long barrage of reasons why any investigation would lead nowhere with an accusatory air, blaming me for bicycle riding there in the first place.

I had to work my way up to Sheriff Charles A. (Chuck) Jenkins. To his credit, he responded quickly saying, “this isn’t the way we do business here in Frederick County.” He blamed my earlier treatment on “certain individuals in the department.” He put me in contact with his Traffic Unit Supervisor and his Criminal Evidence Investigator, who gave me numerous assurances that this would be a high priority case. The subsequent investigation illustrated, however, that this IS the way business is done in Frederick County. Investigative techniques consisted of asking suspects if they were guilty, without looking into inconsistent statements. Leaving a contact card at a suspect’s house and waiting for them to call in. And, of course providing me with excuses as to why they were not following even rudimentary investigative procedures. I asked Sheriff Jenkins for a meeting on why they had closed the investigation. The most revelatory statement came at the conclusion of this meeting. The sheriff said that there were bicyclists who were not very courteous to motorists, either, and recounted an event where a group of cyclists reacted inappropriately to his blowing his car’s horn at them. I was astounded that he would equate my almost death by a hit-and-run driver with the behavior of cyclists who wouldn’t move over to the right far or fast enough to suit an approaching motorist. And that he appeared to be profoundly unaware that this was a ridiculous comparison!

In view of such unconscious and unexamined prejudices preventing equal enforcement of even this common-sense law against a violent felony, the behavior of local law enforcement agencies requires national oversight. A national reliable, audited, and transparent database of law enforcement agency performance needs to maintained and examined, publicly. An open analysis of the statistics will provide an indication of outlying departments. Those derelict in performing the civic duty they were hired to do, can be identified and brought to account. Whether such poor performance is due to unconscious or conscious prejudices, rectifying actions can be taken. I am appealing, of course, most immediately to bicyclists and pedestrians to write to their city, county, state, and federal representatives to establish such a study commission. Without equal enforcement under the law, equal justice under the law becomes impossible. When criminals are not held responsible for their violent and irresponsible actions the safety of everyone is jeopardized, let alone users of public roadways. This issue concerns us all and demands action. 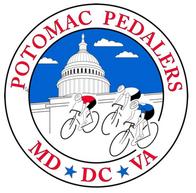 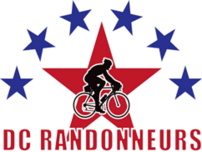 Join thousands of cyclists on the third Wednesday in May for a silent slow-paced ride in honor of those who have been injured or killed while cycling on public roadways.  The Ride of Silence is intended to raise awareness of cyclist safety on the roadways. The Frederick Pedalers lead a Ride of Silence each year.  For more details please visit Ride of Silence Maryland.